Into Enkang’Ang: an Exhibition on Masai Women Lives 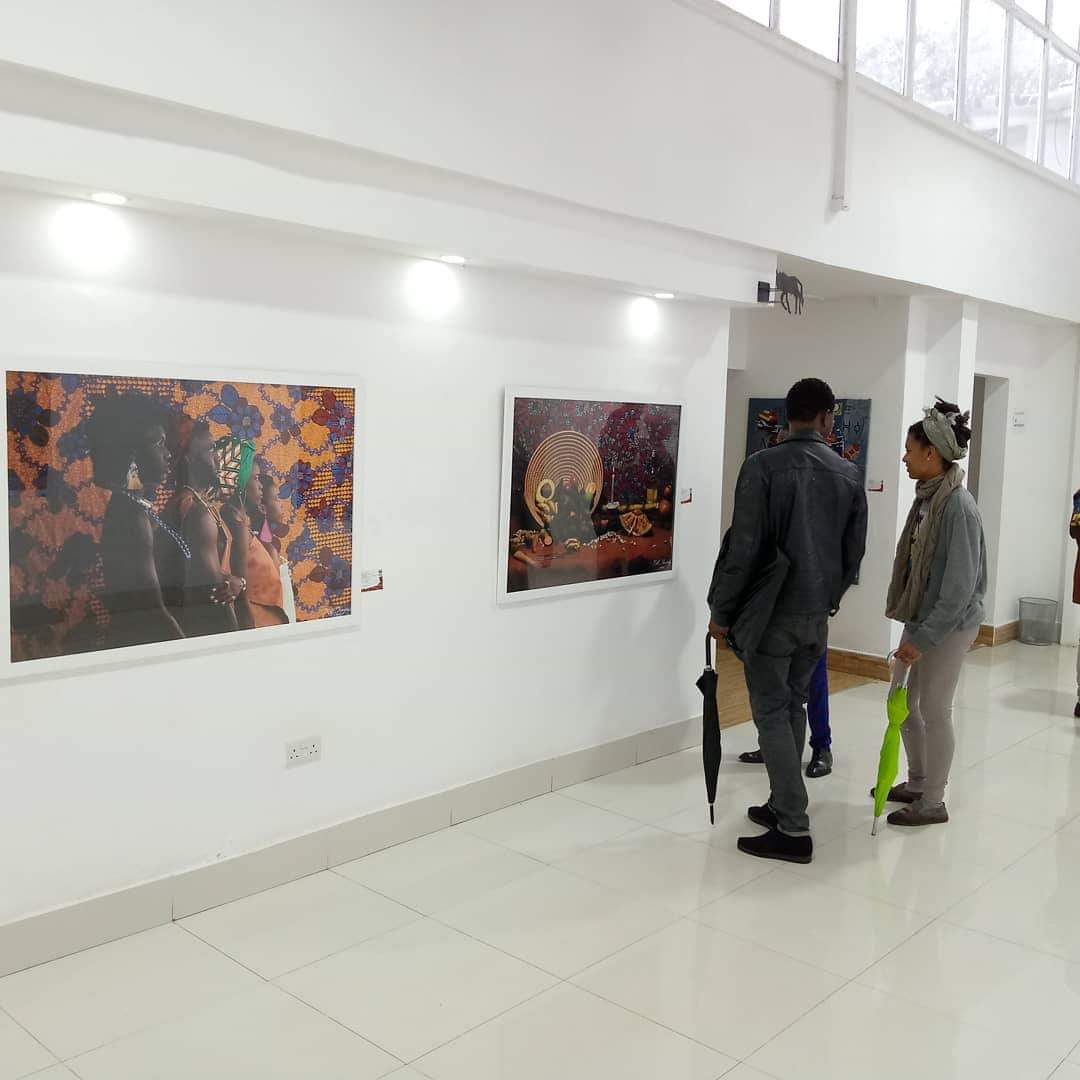 Setting firm ground at Kioko Gallery Nairobi, is Matt Kayem’s outstanding Art display. The exhibition which kicked off on October 19, and is to continue till December 8 is one cautioning, and yet advocating for the reflection onto African roots. Dubbed Cool Afrika Volume 2, the exhibition is an exploration of Pan Africanism, Afrocentrism, the African Renaissance and Black Consciousness as lived through pop culture.

It portrays the aspect of being hip or trendy, and in pop culture often centrered around trends from the African-American community. It further gives an alternative view on Africa, positioning it as a desirable place, as a rich continent and as a paradise. The fact that African-American culture has influenced a large portion of this work cant be ruled out, and that Barkeley L. Hendricks has not only enthused a painting but a whole ideology. Its in this belief that pop culture today, with all it’s pomp and glory in the U.S owes a big debt to Africa’s fore brothers and sisters who have been at the forefront of influencing and shaping it. Cool as an aesthetic is entrenched in our cultures, from the fashion, to ways of walking, talking, you name it. The continent has been a victim of negatively framed representations and my work aims to combat this. Through his works, history and heritage are major banks of inspiration.

The Artist takes one into ponder on how African tradition has been stained by mordernity, that other people have gone to unbelievable lengths to detach Africans from it. The ancient Egyptians were clearly black people yet so many of us grow up thinking that they were of the fairer skin. The Inferiority Complex is one of the gravest of diseases facing those around me. We are made to demonise ourselves, right from our bodies to the food we eat. The Artist ponders on how tradition has been stained by modernity, with for instance how people today fear bark cloth -yet it was a garment our ancestors put on. A call for the decolonizing of the mind. Africa today is the youngest continent so the Artists sets out to create a language young people can relate to.

The Artist merges pop culture with the seemingly tired academic and sometimes inaccessible themes of Kwame Nkrumah, Steve Biko and Cheikh Anta Diop, alongside cautioning colonialism. It further explores the power in numbers and the procreation of a species ensures it’s strength and survival. The black body has the tools to generate the numbers in abundance. But the same body instead has been subject to Western ridicule and shaming!