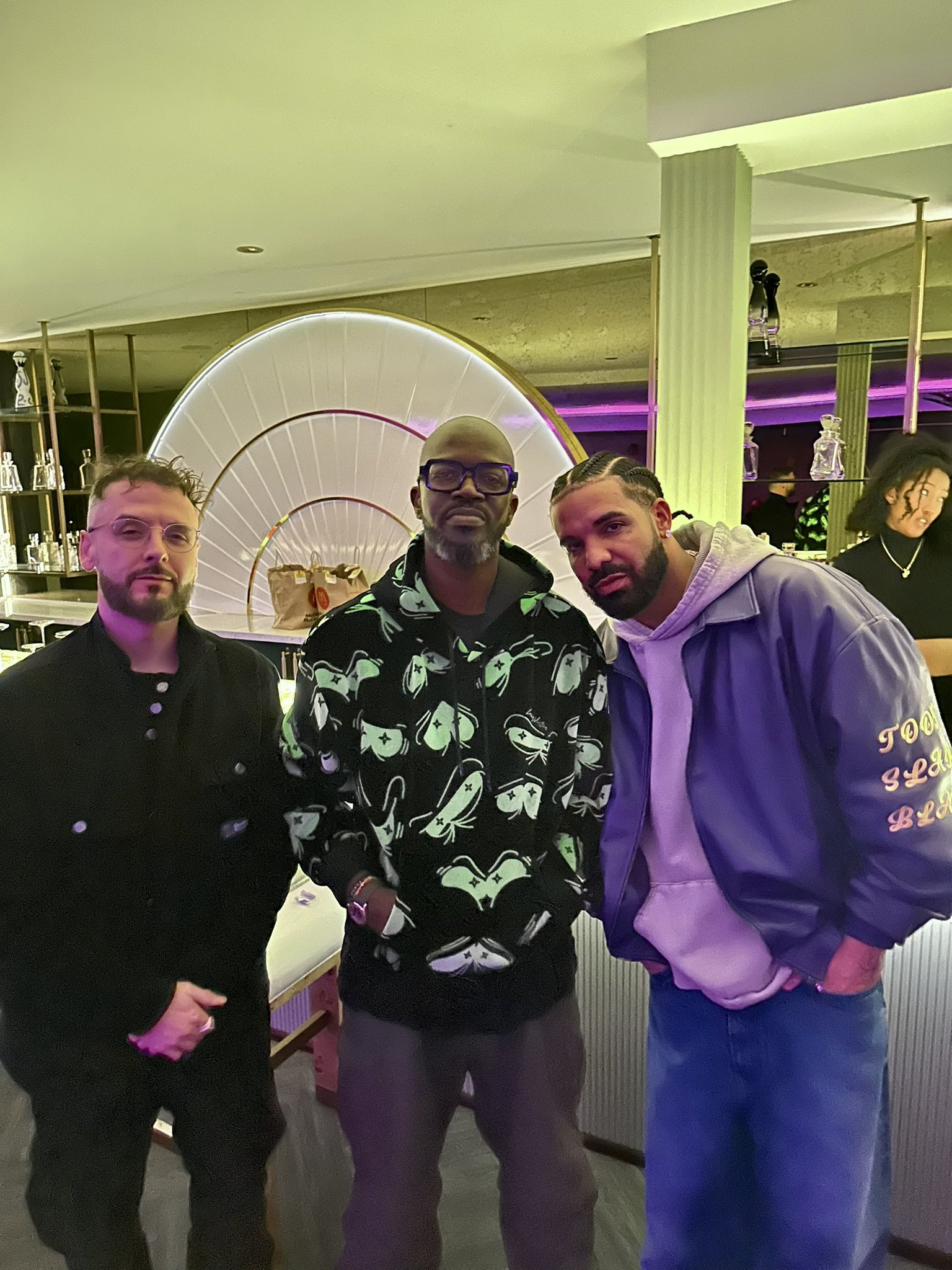 His recent appearance early this month at the Rebel, a Toronto, Ontario based events concert destination hub, where he met with American Raper Drake and Noah Shebib of Ova Sound is another deep catch up experience we are hoping is to brew more relations with him.

Rapper Drake and Noah are not only longterm friends, but also co-founders and business partners behind Ova Sound, a powerful Record label they founded with Oliver El- Khatib.

But this isn’t Black Coffee’s first hangout meet with Rapper Drake. The two have rubbed shoulders before.

Meanwhile, Black Coffee is still onto tour through December till March 2023