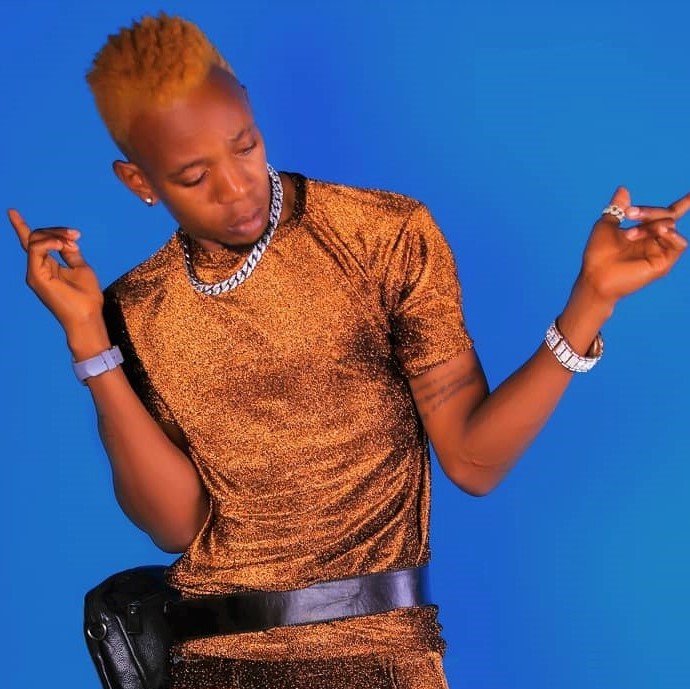 Born 25 years ago, to Gloria Nanfuka and Stanley Mukasa Ssetenda of Nateete Church Zone, Bayichi Mapengo is one of the fast growing Ugandan gospel musicians, who is lately taking the music scene by storm.

Some of Bayichi’s quite captivating songs like Balalu, Enyumba Ya Sitani and Be Patient, quite introduce a unique feel to the gospel sphere as well as cross-cutting grip to the general music consumers, making him a promising talent to watch out for. ArtsGlo had an encounter with him, and here are the excerpts;

Q: When did you realize your music abilities?

A:  It was during my form five at Old Kampala Secondary School, when I won the Sprite all schools Rap battle in 2011 where I emerged the champion among all other rappers from different schools around the country.

Q: In 2014 I gave his life to Christ and started attending Miracle Centre Cathedralwhere I joined the Music and dance ministry at church known as Miracle Teens, where I learnt a lot as regarding vocals and song writing. In 2016 I decided to go to the studio and recorded my first song called Balaluwhich boomed and touched a lot of people especially the youth and this was a stepping stone in his entire music career.

Q; Back to music; how and when did you hit the mainstream music scene?

A: If it wasn’t God’s grace, I couldn’t have been able to take on the career because I had no one to believe in me. The only thing that kept him encouraged was the platform I had at church during services. I think my consistency birthed Joy, and career when the congregation started supporting me. This attracted more attention, including our Pastor- Robert Kayanja. When I got a chance to meet him, music is the only thing I could talk about, which attracted the him into organizing a first charity concert for me in 2018 at Miracle Center Cathedral Rubaga. Thank God for it was a success, and a dream coming true leading to a very big break through.

A: Take us through your musical journey

Q; Compare Gospel music, today and before, how has it changed?

A: Bayichi Mapengo’s music style is versatile and full of melodies with a positive and motivational message which impacts listeners with Hope, Joy and a great source of inspiration. It is a diet for the lost, weakened and broken hearted.

Q: Compare Gospel music, today and before, how has it changed?

A: Back in the days, gospel musicians only used to sing about obvious things; they could only talk about Jesus. Today gospel music has so much changed; We can sing about Love, Peace, Joy, Unity as long as it has a positive impact for the listeners.

Q: How has been the public’s reaction to your music so far?

A: The groove in my sound has left the people dancing hence decreasing their anxiety about death. It has left a smile on people’s faces hence driving away stress factors. I have seen people lifting up their hands, which is a symbol that they have been touched.

Q: What are your future ambitions for this musical career?

A: I can understand that people have spiritual leanings and want to find a way to God but there is only one way to God. I want to help people on finding the way, truth and Life through listening to my music. I want people to regain their lost hope and happiness and know more about the works of God by using my music.

Some of Bayichi's quite captivating songs like Balalu, Enyumba Ya Sitani and Be Patient, quite introduce a unique feel to the gospel sphere as well as cross-cutting grip to the general music consumers, making him a promising talent to watch out for...
wpDiscuz
0
0
Would love your thoughts, please comment.x
()
x
| Reply