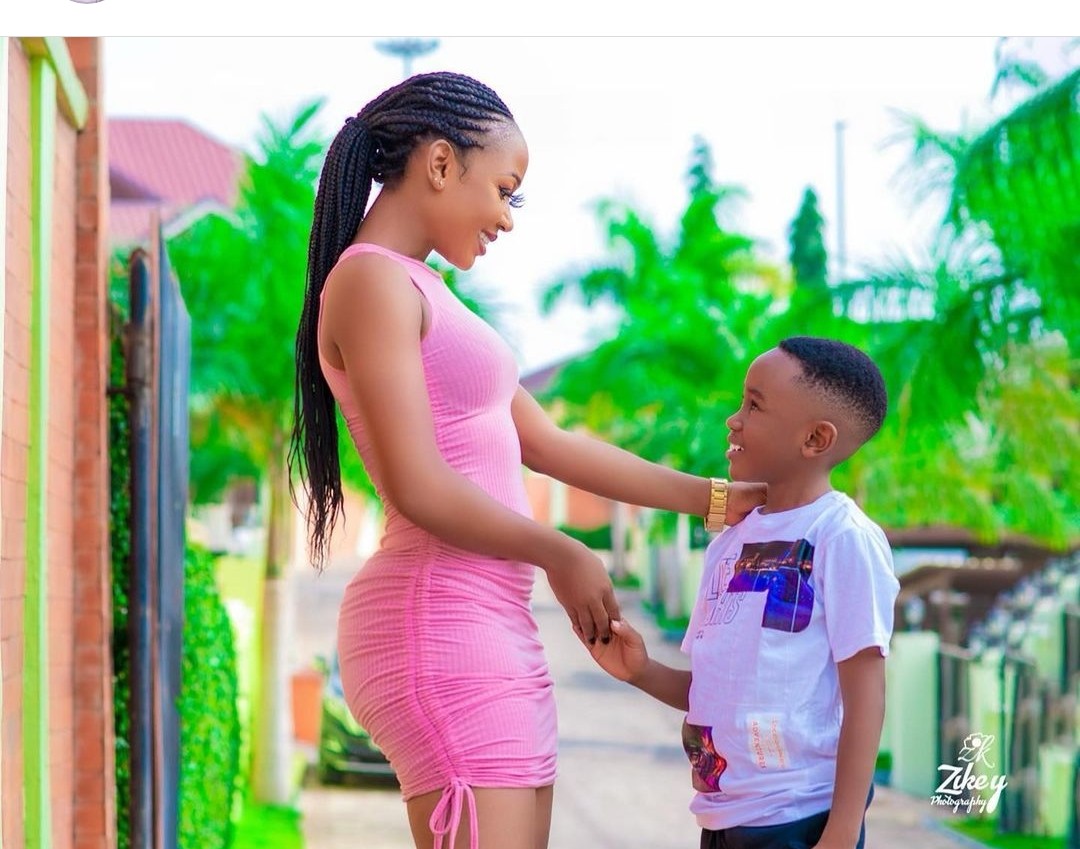 Renowned Ghanaian Actress, Akuapem Poloo aka Rosemond Alade Brown, has been sentenced to 3 months in prison by the Circuit Court in Accra for going nude in a picture she posed in with her son on his birthday.

This court ruling has sparked several mixed comments from public with some wondering why courts are giving such small issues platform, yet the country holds other huge matters which need focus, while others have rebuked the ruling stating how going nude is an Art.

Mostly known for her role in the movie entitled ‘The Away Bus’ , Akuapem had before posted posted other nude photos, which hadn’t been taken to the courts, but the court ruling presided by her Honour Mrs. Christiana Cann on April 16, didnt let this slip away, as it this time had incorporated a minor below 18 years.

However, the photos in mention have now been deleted off her social media handles, which again left many wondering as to why she didn’t stand her ground.

Mostly known for her role in the movie entitled 'The Away Bus' , Akuapem had before posted posted other nude photos, which hadn't been...
wpDiscuz
0
0
Would love your thoughts, please comment.x
()
x
| Reply