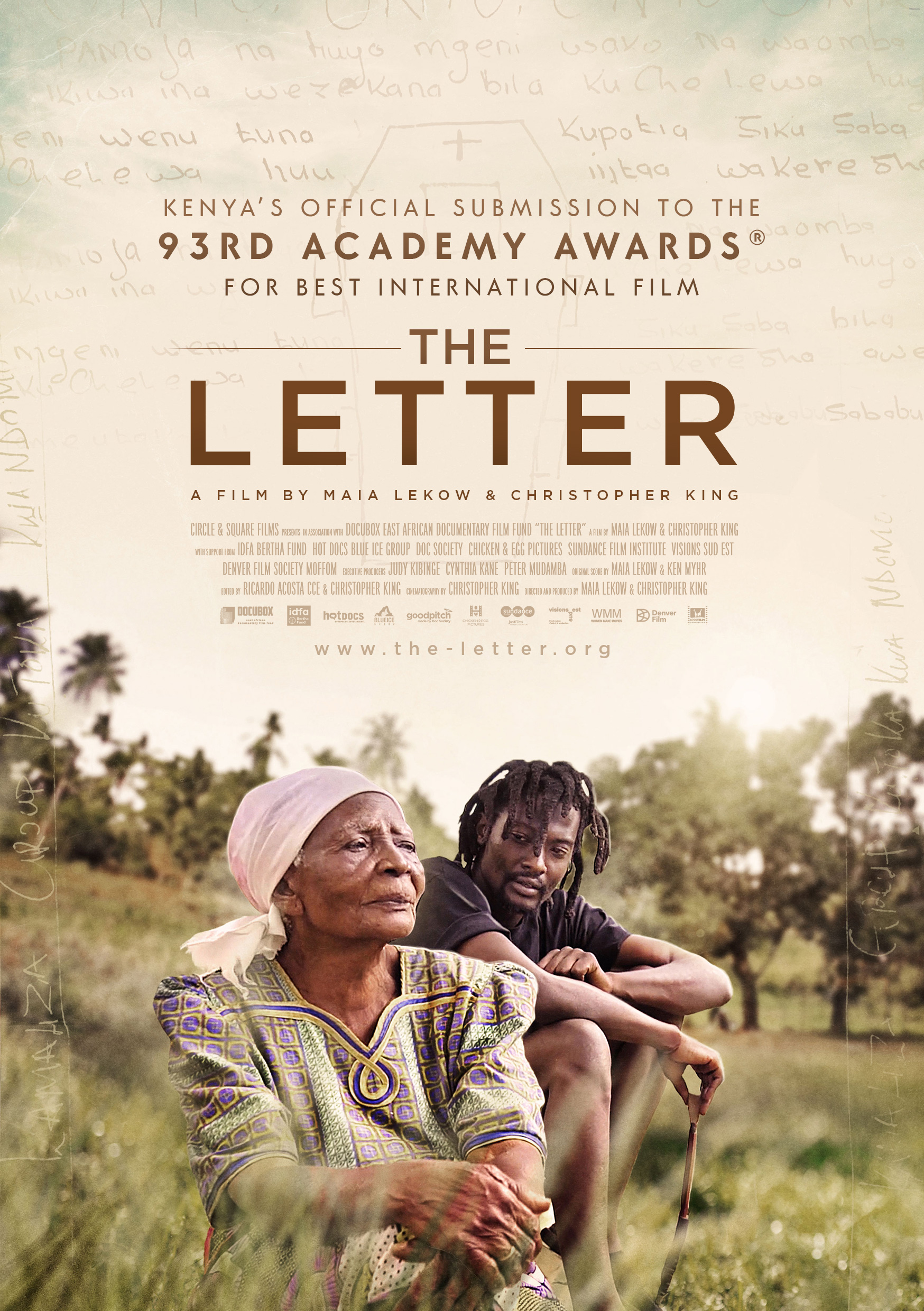 THE LETTER, a Critically-acclaimed Kenyan documentary directed and produced by Maia Lekow and Christopher King will premiere on Kenyan cinema starting 11th December 2020.

Filmed with a gentle pace and incredible closeness, THE LETTER is a story that connects with every Kenyan family. It explores the universal theme of how land is divided when an elder dies and is entangled by the chaotic mixture of traditions vs modern values and religion. At the end, the resilience of family and community shines above all else, despite the growing threat of greed and divisions between the young and old within families.

The doccumentary filmproduced by Circle & Square Productions under the umbrella of Docubox East African Film Fund was officially selected by the Kenyan Film Commission as Kenya’s official submission to the Oscars Best International Film category. Maia who is a renowned Kenyan musician, also composed the original soundtrack.

Filmed over six years, the film produced by Judy Kibinge, Peter Mudamba Mudamba, Cynthia Kane is a gripping family drama about a 95-year-old Grandmother with a fearless spirit, who must overcome dangerous accusations of witchcraft that are coming from within her own family. Her grandson Karisa, travels home from the city to investigate, and it gradually emerges who sent the threatening letter and why. In 2013, the wife-and-husband duo set out to research the story of the female freedom-fighter Mekatilili, an elderly priestess from the coast of Kenya who led an armed uprising against the British in 1913. Fighting the confiscation of traditionally-owned land by the colonialists, Mekatilili was eventually imprisoned and persecuted as a witch.

THE LETTER was scheduled to be released in Kenya in June 2020, but was unfortunately postponed due to COVID lock-down measures. The film has so far played at some of the world’s most prestigious international film festivals including DOC NYC, AFI Docs, IDFA, Durban and Docs Barcelona where it won a Special Jury Mention. It was also nominated for a One World Media Award as well as an African Movie Academy award for Best Documentary.

In the Director’s Statement, Maia & Chris conclude, “As we spoke with many elders about this oral history, we were saddened to hear of violence happening now against the elderly in the area, due to an outbreak of witchcraft accusations.”