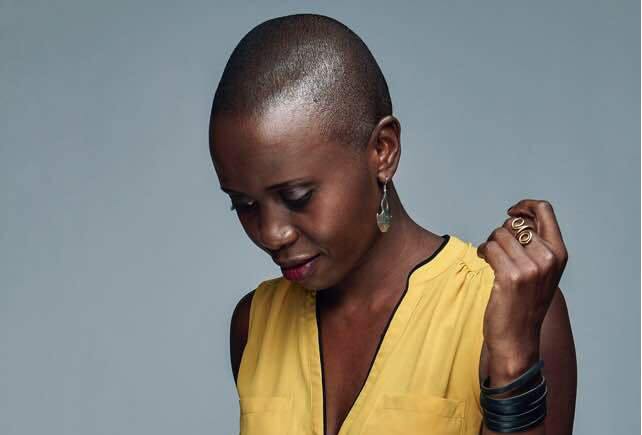 Actress Elianne Umuhire was recently announced among the 2020 Oscars qualifying Chicago International Film Festival, USA Jury. The festival kicking off from October 14 till 25th  returns for its 56th edition to once again harness the recognition and celebration of film and filmmakers on global scale.

The six-team Jury further comprises of Violeta Bava, a Latin American Consultant for the Venice International Film Festival, Co-Head of Industry at Visions du Réel, Head of Studies at the Torino FilmLab Feature Lab, and  International Guest Curator at the New Zealand International Film Festival, Chinonye Chukwu, a Screenwriter and director ;whose debut feature, alaska Land, premiered at the Chicago International Film Festival among others, Adam Stockhausen, a Production designer, who earned an Academy Award for his work on Wes Anderson’s The Grand Budapest Hotel and nominations for Steve McQueen’s Oscar-winning film 12 Years a Slave and Steven Spielberg’s Bridge of Spies, and Boyd Van Hoeij, a film writer for The Hollywood Reporter, contributor to De Filmkrant (The Netherlands), and artistic advisor of the Luxembourg City Film Festival.

Umuhire has been cast in several films roles, which include Behind the World by Clemantine Dusabijambo and ‘The things of the Aimless wonderer’ by Kivu Ruhorahoza which were both premiered at the 2013 Sundance Film festival. In 2016 she also Co-starred with polish acclaimed actress Jowita budnik in Birds Are Singing in Kigali, a film by Polish Directors Krzysztof Krause and Joanna Kos Krauze, which too has since then had several world premieres and scooped numerous awards too including the Best Actress Award at the 53rd 2017 Chicago International Film Festival.

Umuhire has been cast in several films roles, which include Behind the World and ‘The things of the Aimless wonderer’ which were both premiered at the 2013 Sundance Film festival. In 2016 she also Co-starred with polish acclaimed actress Jowita budnik...
wpDiscuz
0
0
Would love your thoughts, please comment.x
()
x
| Reply