Meet Nasrabadi, a lady not hindered by disability 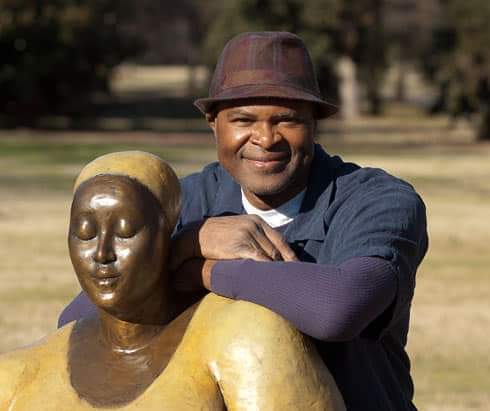 African Artists have for long taken their craft abroad, though through exhibitions and tours. Nnamdi Okonkwo stands out as an exceptional sculpturist, who has built himself a name through his delivery in telling on of African stories.

As far back as I can remember I have always been drawn to art. Later on, I realized that my artistic sensibilities were best expressed in the three-dimensional art of sculpture. Around this same time I was introduced to basketball, which suited me well as I am six feet nine inches tall.

With him currently working full time out of his studio in Fayetteville, Okonkwo’s sculptures which are made of clay work, while others are out of Bronze; and tell on great African stories, of great resilience and power expressed by mainly African women.

After obtaining a Degree in painting in Nigeria, he ventured into basketball, which led him to the United States.

I was recruited by BYU-Hawaii where I played from 1989-1993 and graduated with a BFA in Sculpture.

Here he immediately, he enrolled in the graduate program at BYU-Provo where he received an MFA degree in sculpture in 1997.

Okonkwo’s work is represented in galleries across the country, and his large-scale monumental works can be seen in individual and public sculpture gardens as well.

With him currently working full time out of his studio in Fayetteville, Okonkwo's sculptures which are made of clay work, while others are...
wpDiscuz
0
0
Would love your thoughts, please comment.x
()
x
| Reply